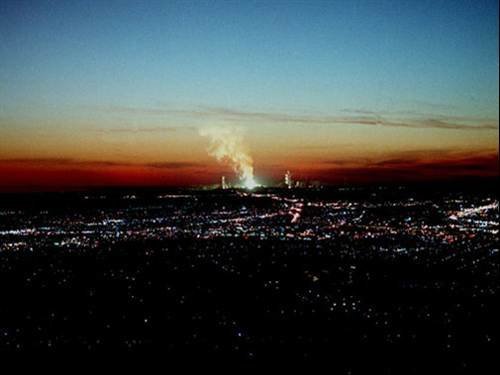 After the Challenger shuttle accident in 1986, NASA launched a project to replace the shuttle's solid rocket boosters – which had been the cause of the failure. The improved design was intended to be safer and somewhat more powerful, and would also be built in a government-owned factory so NASA wouldn't be at the mercy of a single contractor. With work progressing and the factory mostly completed, Congress refused further funding due to spiralling costs and a slipping schedule. ASRM's one crucial function – increasing the shuttle's lifting capacity in order to launch heavy space-station modules – was taken over by a lighter shuttle external fuel tank made of an aluminium-lithium alloy. In this image, a small, 1.2-metre solid rocket motor tests design features for the ASRM at a NASA facility in 1991. (Image: NASA-MSFC)