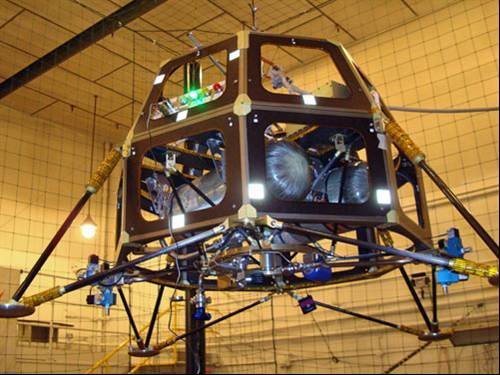 Odyssey Moon has also decided hopping is the way to go for lunar exploration. "Once you've landed, you can land again," says team leader Bob Richards, echoing Michael Joyce of Next Giant Leap.

In an odd move for a competition intended to prove that government funding for space travel is unnecessary, Odyssey Moon has secured an agreement with NASA to help develop the lander.

"Basically, we hired NASA to help us," Richards says. Odyssey Moon's lander will be a modified version of a new system called the "Modular Common Bus," which is being developed for a lunar orbiter called LADEE.