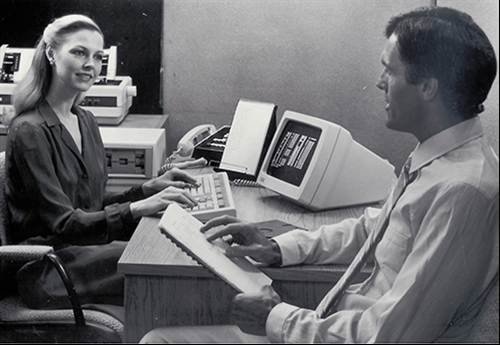 In the year Frankie Goes To Hollywood released "Relax" only to see it banned from Radio One, impromptu staring matches became the surprise office fad that swept the nation

While trawling through the dustier recesses of the Computer Weekly archive, some stock shots of technology from the 1980s came to light, demonstrating just how much data processing - to say nothing of haircuts, fashion and gender relations - has changed over just two decades.