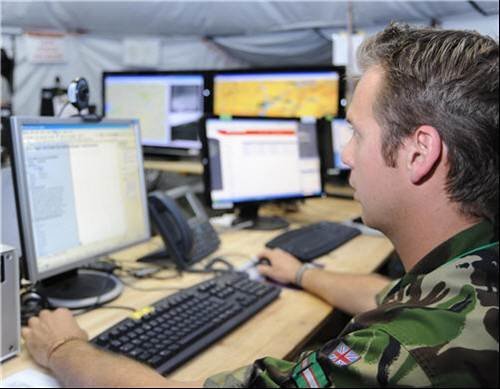 A simulation of the Helmand headquarters information system with the war game in progress.