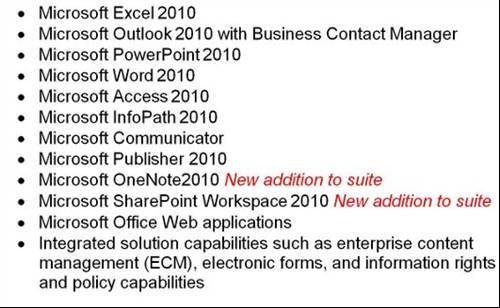 Microsoft has not announced pricing for Office 2010 yet. It is due to ship in the first half of 2010. Along with the usual desktop installation version, a free, browser-based version will be made available in the cloud, via Windows Live. Users will also be able to run the browser version from a server within the corporate network should they wish. Office 2010 will be available in three main versions, covering professional user, small business and home/student users. Microsoft's OneNote product will be shipped in all three versions of Office 2010.