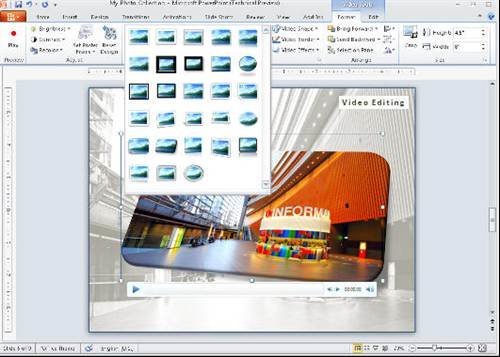 Along with image editing, Office 2010 includes basic video editing tools. These can be used, for instance, to trim a four-minute video, to fit a 30 second slot in a PowerPoint slide. Microsoft said it has also built a video player in PowerPoint, to give presenters more control over playing and pausing videos in their slide decks.