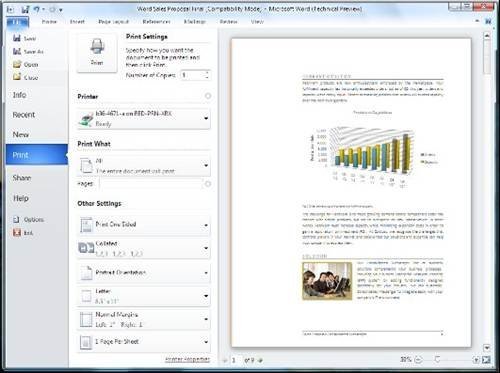 Microsoft has developed a new user interface called BackStage that takes over the Windows desktop. It enables users to work on, print and manage Office 2010 documents in a common workspace.