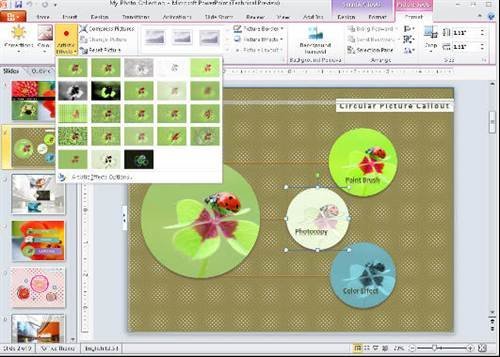 Microsoft Office 2010 allows users to edit images directly in Word or PowerPoint. The products include basic image editing functions, which enable users to do simple tasks like remove the background from a holiday snap so that the photo can be embedded in a PowerPoint slide deck.