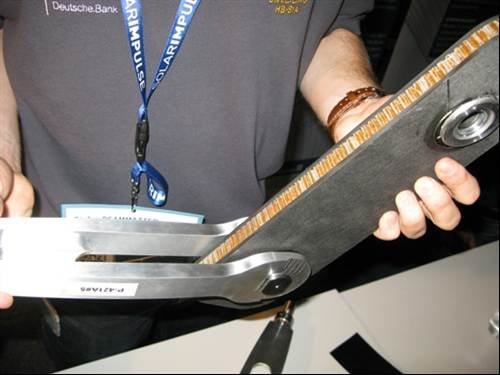 An engineer holds the part that joins the wing to the fuselage. The carbon fibre sheet that covers the honeycomb cells that comprise the wing is 0.2mm thick, thinner than an eggshell.