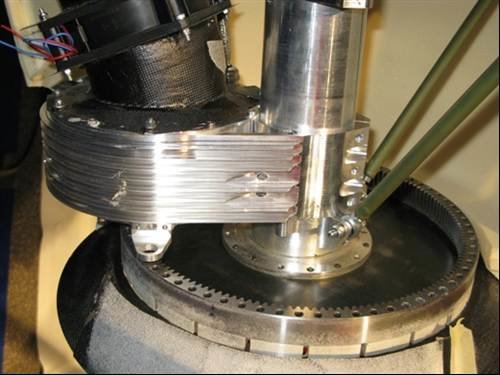 One of the four electric motors that will power the Solar Impulse HB-SIA. The motors get their power from an array of lithium polymer battery cells. Together they produce as much power as a small motor scooter or the Wright brothers’ first aero-engine.