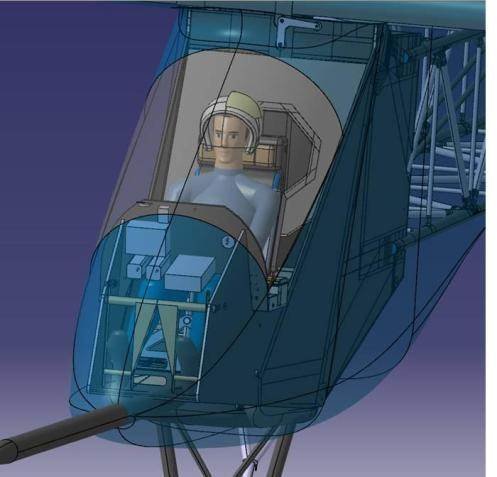 A 3D drawing of the pilot’s position in the cockpit. The entire craft, manufacturing and assembly processed were first modelled on Dassault Systemes’ computer aided design and manufacturing systems.