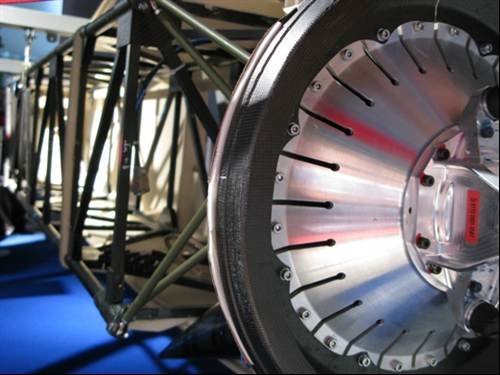 One of the motors showing how it fits into the wing engine pod.