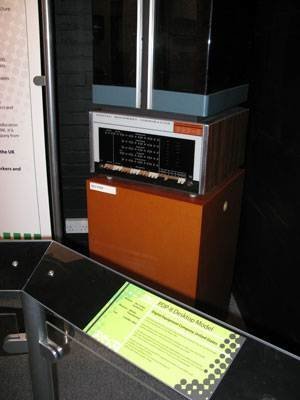 A Digitial Equipment PDP 8 – the first personal computer, says Lin Jones, project leader of the National Computing Museum, because it was the first computer that didn’t need a special environment and could be programmed by non-experts.