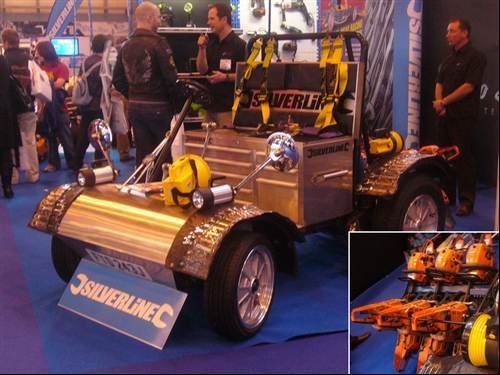 Cutting edge racers. Silverline, the power tools company, took an interesting slant to fit into the ‘gadget’ category. Apart from racing power tools strapped to bogeys, they also had a range of vehicles. Pictured is a buggy based on a VW Beetle chassis and powered by four banks of chainsaws (inset). Street legal it may be but with a top speed of 35mph it won’t overtake many cars – doesn’t mean it won’t cut them up though.