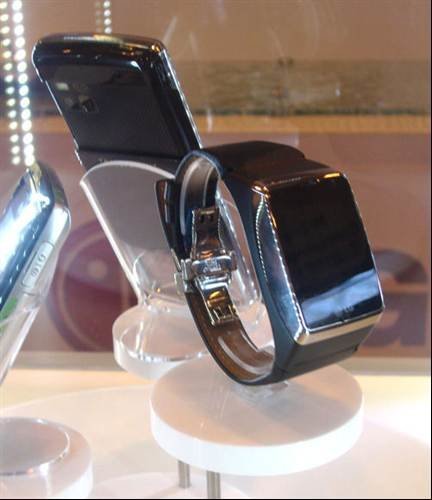 LG took the show seriously and had IT gear alongside its brand new BlueRay video recorders and HD TV sets and even household goods like its latest microwave. Central to the stand was the Watch Phone due for release later this year. The LCD screen packs 176x220 pixels into 1.43in screen. It also has a Webcam and voice recognition as well as playing MP3s and videos.