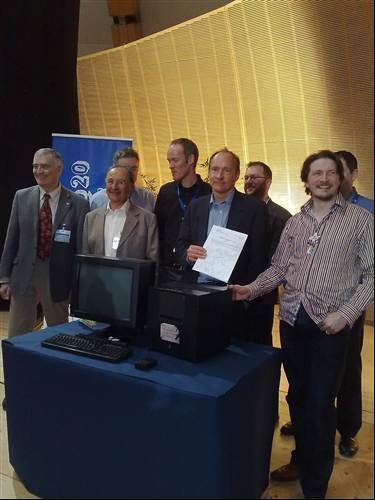 Tim Berners Lee and Cern alumni involved in the early WWW celebrate the 20th anniversary of the web on Friday 13th March 2009.