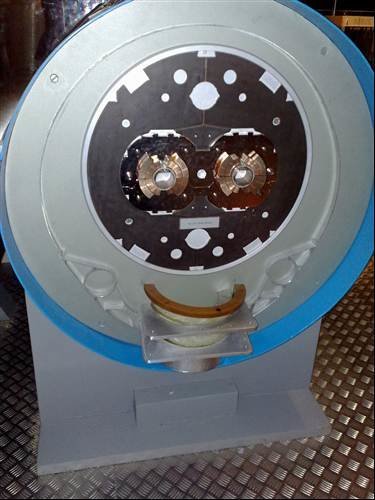 A model showing across section of one of the LHC's bending magnets.