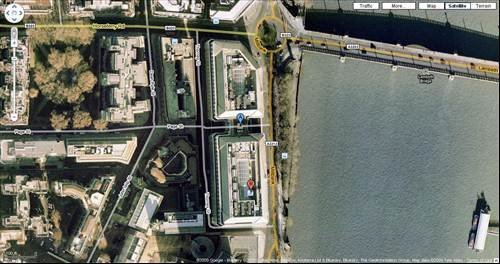 hames House is an office development in Millbank, London on the bank of the River Thames adjacent to Lambeth Bridge. It has served as the headquarters of the British Security Service, commonly known as MI5, since December 1994.