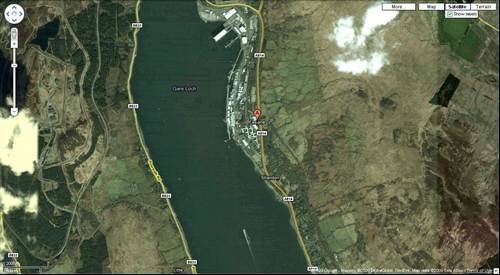 Her Majesty's Naval Base (HMNB) Clyde is one of three UK operating bases for the Royal Navy (the others being HMNB Devonport and HMNB Portsmouth). It is the service's headquarters in Scotland and is best known as the home of the United Kingdom's Trident-armed nuclear submarine force.