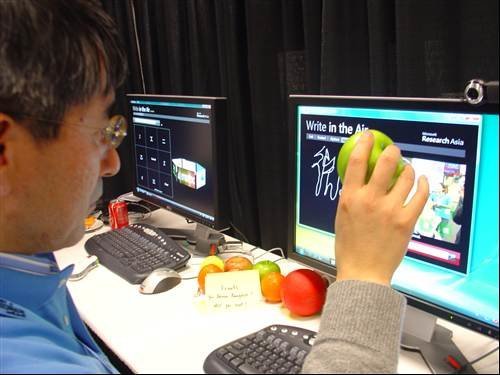 Beijing-based Microsoft researcher Qiang Huo demonstrates an applications that allows users to right in the air with brightly coloured objects, such as an apple. There is also a non-web cam version that uses a customised Bluetooth-enabled motion detection device that can incorporate various buttons for interacting with applications. The webcam tracks the movements and matches them to characters in Chinese, Japanese or Korean that are otherwise impossible to enter into applications.