Searching dumps for components to sell 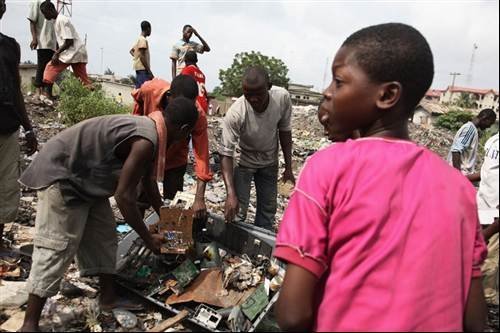 Searching dumps for components to sell

A Greenpeace undercover operation has shown 23,000 tonnes of computers are being illegally exported to Africa every year. When added to other forms of toxic e-waste, up to 500,000 tonnes of tech waste could be being dumped in countries like Nigeria every year.