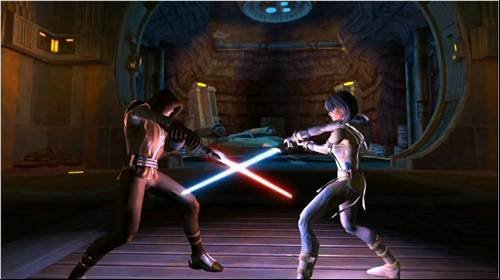 The story takes place in the Star Wars fictional universe shortly after the establishment of a tenuous peace between the re-emergent Sith Empire and the Galactic Republic, 300 years after the events of the Star Wars: Knights of the Old Republic games and 3,500 years before the events in the Star Wars films. The Jedi, held responsible for the Sith's success, are forced to relocate from Coruscant to Tython, where the Jedi order was founded. The Sith control Korriban, where they re-established a Sith Academy. The game begins as new conflicts begin.