Intel IT leader of the year, Richard Earland of the National Policing Improvement Agency 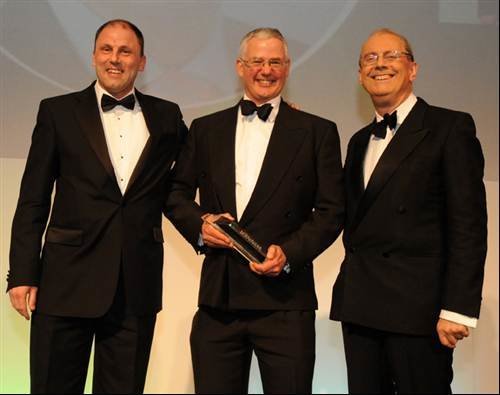 Intel IT Leader of the Year, Richard Earland, of the National Policing Improvement Agency, collects his award (following a comedy turn with a keystone cop run straight past the presenters, with rather stole host Gyles Brandreth's thunder!) You can see Richard interviewed just after collecting his award in our video coverage.