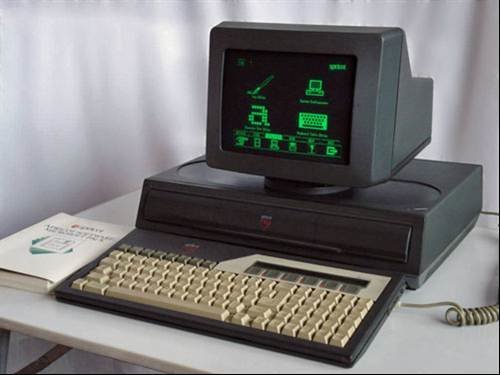 Andrew's Apricot Point 7 "dates from around 1984 / 85, is a rebadged version of the Apricot Xi, and was purchased as a file server - it's a machine I saved from the scrap." "From memory, it used an external multiple serial adaptor to which the workstations were connected via their serial ports." "The screen shows the Activity GUI which succeeded Manager and was followed by GEM Desktop." "It was faster than a PC, had better graphics, the fancy Microscreen programmable key pad, soft fonts, keyboard layout, etc... It's just unfortunate that it wasn't PC compatible."