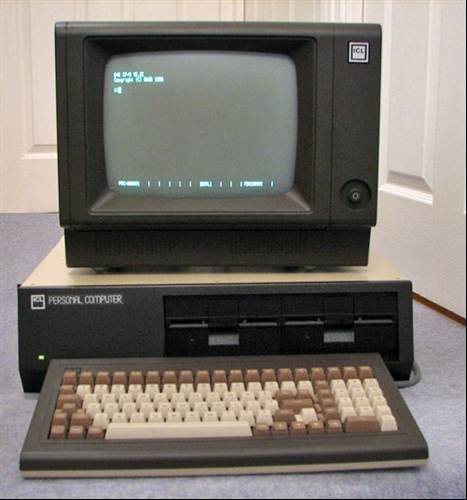 David Meare got his first PC, this ICL DRS Model 10, as part of a staff purchase deal. He says: "They were a badge engineered clone of the 1980 Rair Black Box. ICL did a deal to build and market the range under their own name. They had the smart idea of selling them cheaply to the workforce before launching them in great numbers, on the assumption that their mainframe hardware and software engineers would soon shake out any problems, if they had a box at home they'd paid for. That worked, as you can see, because I just booted mine up tonight and it came up first time - '64K CP/M V2.2 Copyright(c) Rair 1980'. This baby is over a quarter of a century old!" Also pictured is David's KDS7362 Serial Video Display, which came as part of the deal. "I paid for it out of my salary over three years and it cost about £1,200, but the list price of the lot when I took delivery was about £3,800!"