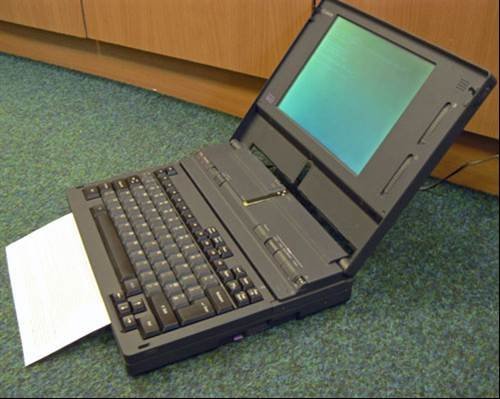 Dan's company was obviously willing to invest in the best back in 1993. He says, "we purchased this Canon BJ Notebook BN22 with built in Bubble Jet Printer in 1993. It was the first notebook PC to incorporate a printer." Not only that, but one of these beauties even competed in a race with a reconstruction of Babbage's Difference Engine!