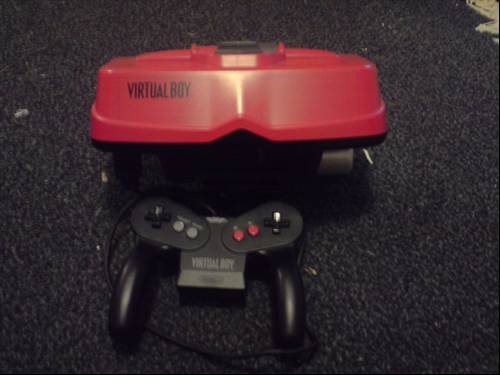 The Nintendo Virtual Boy was a bit of a myth when I was a kid. You heard about it but, as there was no internet, finding proof was really difficult. Nintendo have always been one-step ahead of the pack when it comes to being innovative and the Virtual Boy was way ahead of it's time. The idea was that you would look into the head piece and play 3D games using the controller. Playing it now still amazes me, although you can only play for around 15 mins (my favourite game is Mario tennis) before you get a headache. Only 800,000 were released and despite buying this one on eBay, I have a sealed one which found while on holiday.