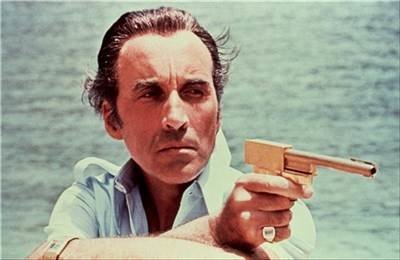 This gun is limited to only one bullet. Scaramanga assembles the gun using a pen, which acts as the barrel, inserted into a cigarette lighter and a clip disguised as a cigarette case. The trigger is a cuff-link.