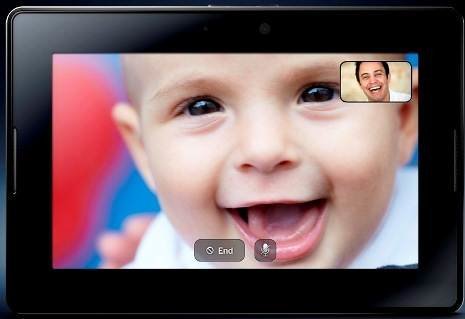 Video conferencing is one of the key features of the Playbook. With dual HD cameras (3 MP front facing and 5 MP rear facing) for video capture and video conferencing, HD video can also be recorded. Blackberry’s Playbook also includes a HDMI-out port to allow for external presentations.