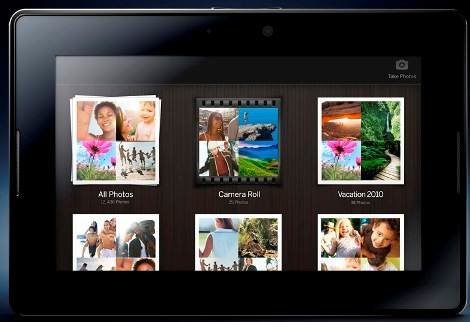 Blackberry’s Playbook looks set to rival the iPad’s display. Although a smaller screen at 7” compared to the iPad’s 9.7”, the Playbook has a 1024 x 600 LCD capacitive touch screen with multi-touch and gesture support to match the iPad’s 1024 x 768, LED-backlit IPS LCD screen.