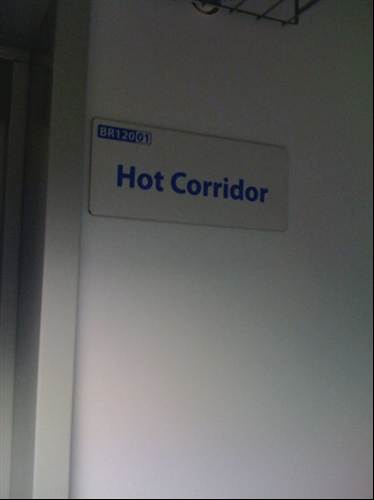 Hot air is pumped out of the building