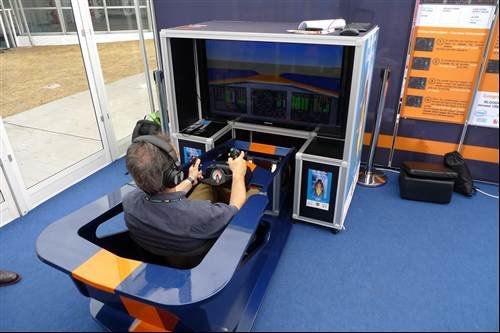 The simulator was developed in collaboration with the University of Southampton, Cursive Simulation, The Race Centre, the University of the West of England Bristol and Escape Studios, and is powered by an Intel Core i7 processor 940.