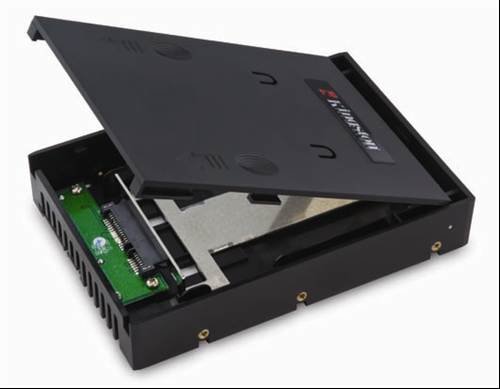 The drive enclosure allows you to copy the OS without having to install the SSD drive physically in the PC's chassis. Although not a necessary first step, it does ensure you don't accidentally damage the operating system or PC before you start the upgrade.