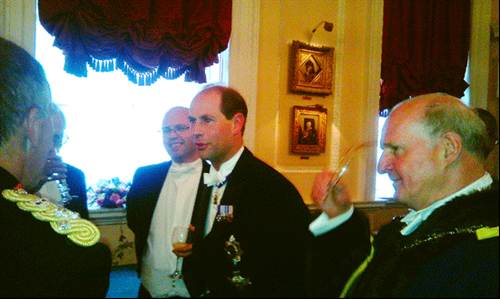 Prince Edward talks to officers of the Royal Corp of Signals. The Worshipful Company of Information Technologists has close links with Royal Corps of Signals. Volunteers provide advice and mentoring to members of the Corps who want to return to civilian life. They are working with the Royal Corps to set up a cadet corps at the Lilian Baylis School in London.