2010, Another season of change - The team behind Red Bull 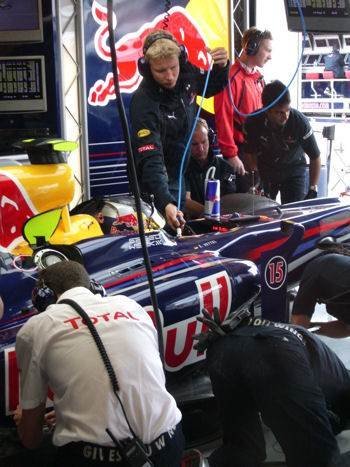 2010, Another season of change - The team behind Red Bull

At last year’s British Grand Prix Newey’s predecessor, Geoff Willis was still in charge prior to his surprise mid-season departure. Willis explained he was already facing the challenges of the 2010 season’s design changes. “The new car will have to comply with the ban on refuelling during the races. This requires radical aerodynamic changes to allow for the larger fuel tank and the extra weight will add to the stress on the car’s suspension and increase tyre wear,” he said.