Widespread destruction caused by a tsunami following the earthquake 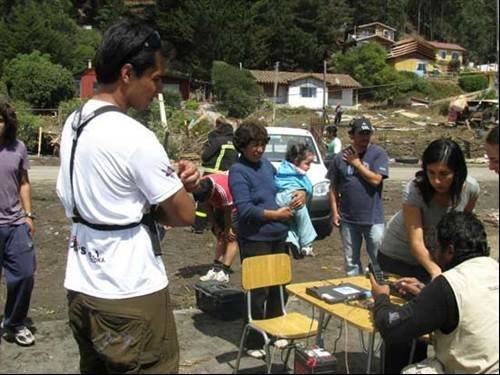 The role of technology in the Chile aid effort: Widespread destruction caused by a tsunami following the earthquake

On 2 March, the TSF team travelled to the coastal region south west of Santiago, which was badly affected by a tsunami following the earthquake. The waves travelled 3km inland and the extent of the destruction to people's houses can be seen in the background of this picture.

When a natural disaster strikes, one of the essential services that fail is the communications network.

Telecoms Sans Frontieres (TSF) is a key part of the operation to re-establish links between people and help aid agencies co-ordinate their efforts. Currently, its work in Chile is providing crucial support to those affected by the 8.8-magnitude earthquake that struck the country on 27 February 2010.

These pictures illustrate how technology is helping in the aid effort.