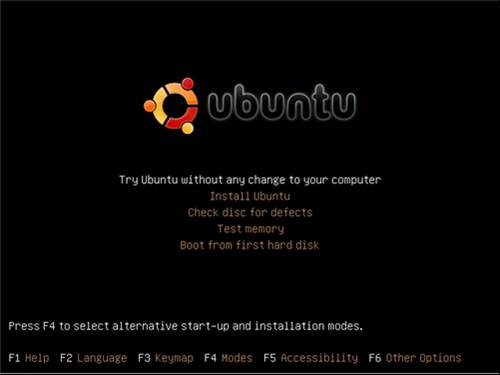 It starts here: the install screen for Ubuntu 9.10, or Karmic Koala, which comes sniffing at the heels of Apple Snow Leopard and Microsoft Windows 7. That said, there is always a new or recent Ubuntu: the team puts out a new release every six months.

The big question: to what extent can Ubuntu 9.10 compete with Microsoft and Apple as a mainstream desktop operating system, comfortable for non-technical users? Linux is great when it works, but when there are issues they may require intricate command-line instructions to resolve. Our installation on a Toshiba laptop went smoothly though. We did little more than hit Forward, pausing only to select a time zone and a keyboard, and ended up with a fully functional system complete with working wi-fi and Bluetooth. During the install we were also offered an encrypted home folder, protected by username and password. There is no nonsense about needing a premium edition to get such features; Ubuntu users can have it all.