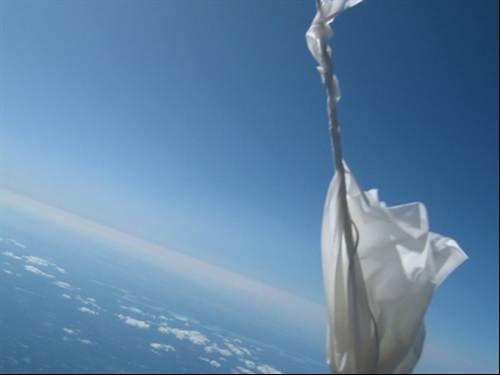 This image shows the remains of the balloon as the probe descended back to Earth by parachute.