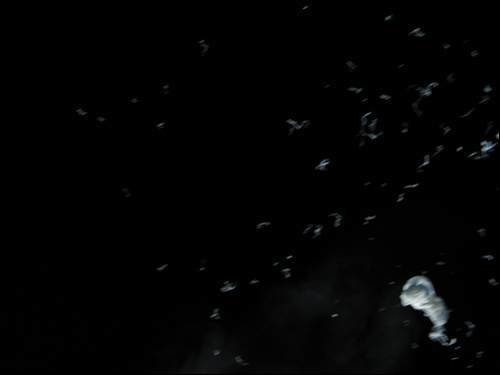 This picture was taken just after the weather balloon popped at an altitude of roughly 28,350 metres, producing a shower of rubber debris.

Bigger balloons can reach altitudes as high as 40 kilometres, but rockets must be used to go any higher.

Eventually, the team hopes to see how high they can lift a payload on the cheap, using a balloon to carry a rocket to launch altitude.