Effects of radiation on materials 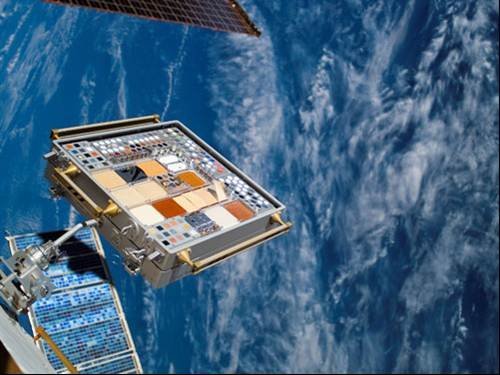 Effects of radiation on materials

This suitcase-sized experiment may look like the ultimate cosmetics kit, but it is used to test the effect of radiation on a range of materials, from ceramics to spores.

The first Materials International Space Station Experiment (MISSE) box was attached to the station in 2001.

Astronauts from the space shuttle Discovery removed the sixth set of boxes from the station on 1 September this year.

A recent NASA report on space station science called MISSE "perhaps the most prolific suite of experiments to date" aboard the outpost.