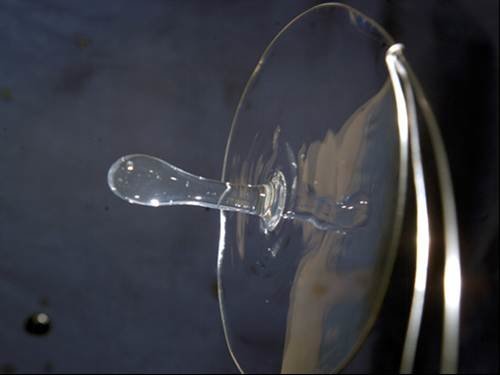 Here, in an image taken on the International Space Station, surface tension causes water to extend from a metal loop as if it were stirred by an invisible spoon.

This stirring effect was created by using a flashlight to unevenly heat the water. The resulting temperature difference induced an imbalance in the surface tension, causing the fluid to rotate.

Such surface-tension-triggered movement, called Marangoni convection, is less obvious on Earth, but can be seen in environments such as cooling puddles of molten steel.