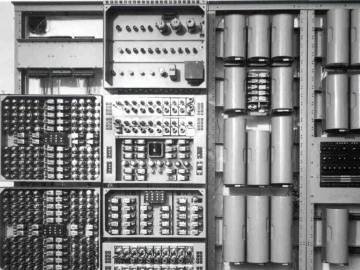 UKAEA is supporting the rebuild. Chief executive Norman Harrison said, “This computer is a tangible example of the UKAEA’s extraordinary achievements during the initial UK nuclear power programme. It demonstrates the groundbreaking science undertaken at Harwell, which continues to this day. I am very pleased that we can now help with restoring the computer to a functioning state for its new home in the National Museum of Computing at Bletchley Park.”

Witch was used between 1951 until 1957 at the Atomic Energy Reserach Establishment to perform calculations. The machine has been loaned to The National Museum of Computing at Bletchley Park, where it is to be restored to working order as a Computer Conservation Society project.
View All Photo Stories
SearchCIO
SearchSecurity
SearchNetworking
SearchDataCenter
SearchDataManagement
Close