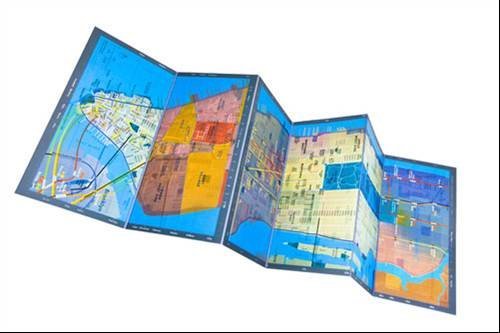 People are beginning to throw away unwieldy city maps in favour of the GPS systems and maps built into some smart phones. But the information-rich Panamap from Urban Mapping, a San Francisco-based firm, could reverse the trend.

It uses new print technology to display three complementary maps on one sheet. Tilt the map and you'll see either a street map, the public transport routes, or the town's main districts.

The 2009 International Design Excellence Awards (IDEA) competition winners have just been announced. Co-sponsored by BusinessWeek magazine and the Industrial Designers Society of America (IDSA), the awards are "dedicated to fostering business and public understanding of the importance of industrial design excellence to the quality of life and economy", says the IDSA.

Here are some of New Scientist's favourites from this year's awards, including a cookbook you can taste, shoes made from trash, and a genius cheese grater