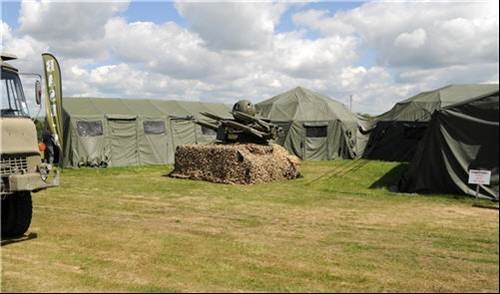 To add authenticity to the simulation, the MoD installed a working Rapier ground to air missile system with the latest target acquisition and tracking technology.