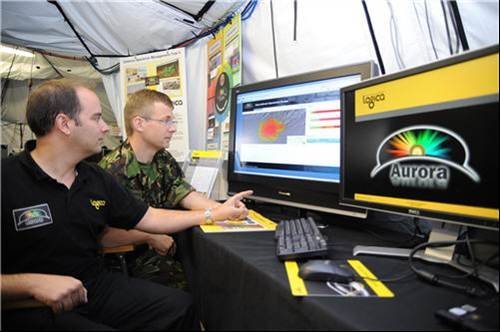 Logica showed a radio spectrum management system that allows commanders to coordinate the use of scarce spectrum in a crowded battlefield. Apart from facilitating communications between friendly forces, it can find and retaliate against enemy communications and jamming.