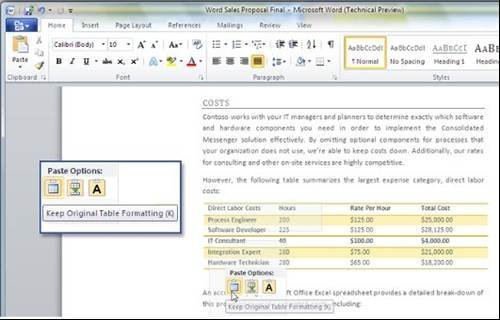 Office 2010 aims to revamp cut and paste, the most widely used functions in the package.