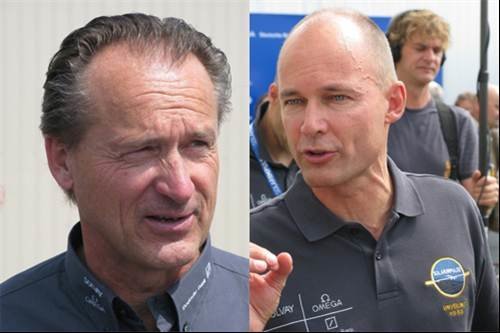 Andre Borschberg (left) and Bernard Piccard are the co-founders of the Solar Impulse project.