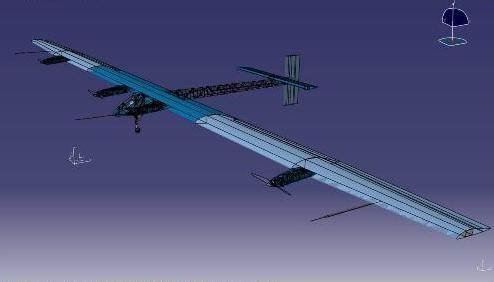 A drawing of HB-SIA as it will appear in flight.