Many a happy hour… – National Museum of Computing 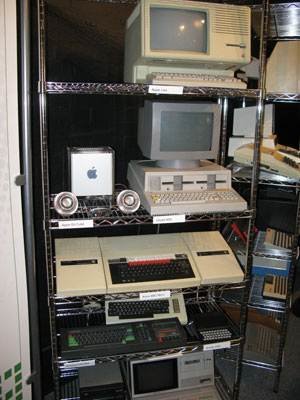 Many a happy hour… – National Museum of Computing

Computing gets innovative. Top is the Apple Lisa, the first consumer PC to have a WIMP (Windows, Icons, Menu and Pointing device (mouse) user interface, and vastly more advanced than the Macintosh, a parallel project at Apple to develop a cheaper GUI-based machine. Apple founder Steve Jobs, who was forced out of Lisa, got his techie revenge with the Cube (second row) which sits next to an Olivetti M20, the Italian typewriter maker’s best effort to break into personal computing.