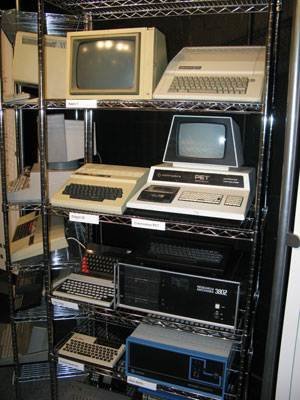 Starting from the top, in rough order of commercial success, the Apple ll, the Commodore PET (rt) and the Welsh-made Dragon 32. Below them, a 380Z from Oxford’s Research Machines (rt) and an Oric, and finally, an Altair (rt) and a Grundy Newbrain.